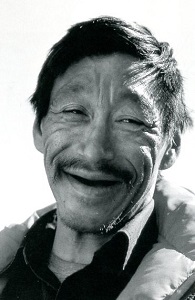 Name:
Ananaisie Alikatuktuk
Gender:
Male
Style:
Inuit
Region:
Pangnirtung, Nunavut, Canada
Ananaisie Alikatuktuk was a graphic artist and carver who produced hundreds of drawings for the archives held at the Uqqurmiut Centre for Arts & Crafts in Pangnirtung. Ananaisie passed away in January 2007 in Pangnirtung after a long illness. Born in 1944, he grew up on Paallavvik, near Broughton Island. Eventually he relocated to Pangnirtung where he worked as a janitor and school bus driver. In 1976, two of his drawings were published for the first time as Pangnirtung prints. One of them, a stonecut printed by his brother Thomasie, entitled, “Taleelayu and Family,” has become a highly sought collector’s item. Ananaisie came from a family of artists. In addition to his brother, Thomasie, who is a master printmaker and former mainstay of the Pangnirtung Print Collections before moving to Iqaluit, his sister, Annie Pitsiulak, has produced many drawings for the Pangnirtung archives. Ananaisie’s second brother, Alan, has also produced numerous drawings that have been utilized in prints and tapestries. Ananaisie was father to eight children and is survived by two sisters, two brothers, children and grandchildren.