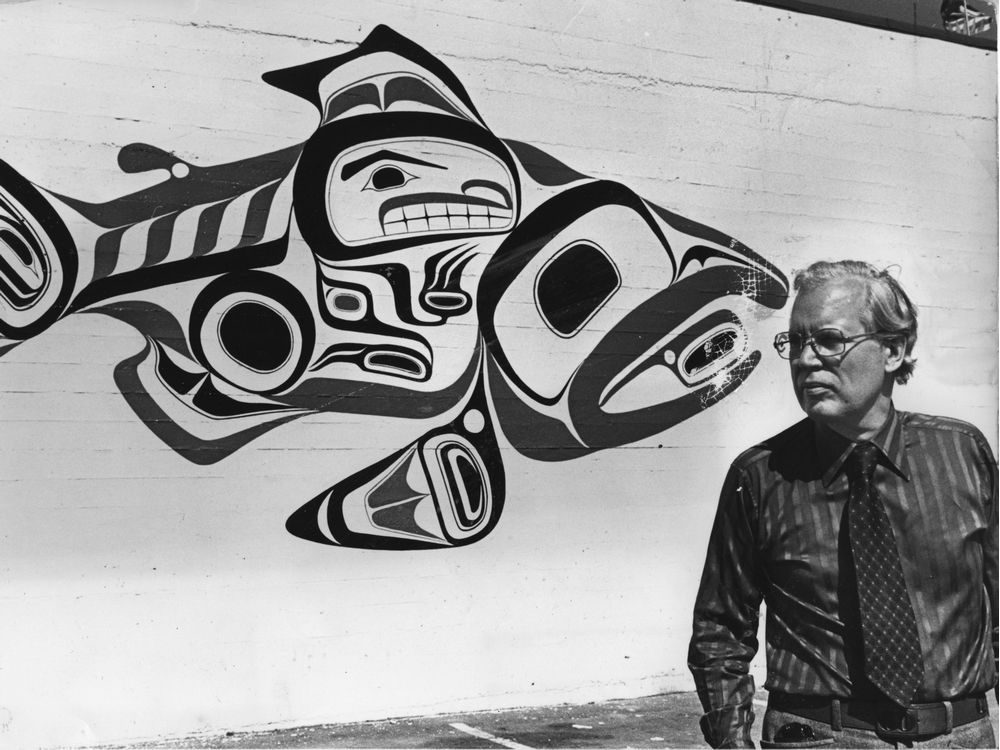 William Ronald Reid Jr was one of Canada’s most celebrated and accomplished contemporary artists. He has been widely acclaimed as a pivotal force in the rediscovery of the great artistic traditions of the First Nations people of the Northwest Coast.

Reid was born in Victoria, British Columbia in 1920, his mother a Haida from Skidegate and his father an American of Scottish-German descent. He began his career in broadcasting as a radio announcer and worked for ten years with the CBC in Toronto and Vancouver. Two experiences while he was working in Toronto proved formative to his career as an artist. He studied jewelry-making at the Ryerson Institute of Technology, and became acquainted with the collection of Northwest Coast First Nations art at the Royal Ontario Museum.

When Bill Reid returned to the West Coast he began seriously to pursue Haida imagery in both jewelry and sculpture. His works, known for their superb craftsmanship, range from exquisite carvings in precious metals and argillite to monumental sculptures in bronze and cedar. They have been collected and exhibited all over the world. Some of his most acclaimed sculptures include The Raven and the First Men at the Museum of Anthropology, and The Spirit of Haida Gwaii (1991), castings of which are located at the Canadian Embassy in Washington, D.C., and the Vancouver Airport Authority. Other celebrated pieces include The Lord of the Undersea at the Vancouver Aquarium, and Lootaas (Wave Eater), a cedar canoe that has been shown in Paris, and is now at home in Haida Gwaii. Bill Reid was the first living artist to have his work displayed in the Musée de l’Homme in Paris, in an exhibition celebrating the works of ethnologist Claude Lévi-Strauss.