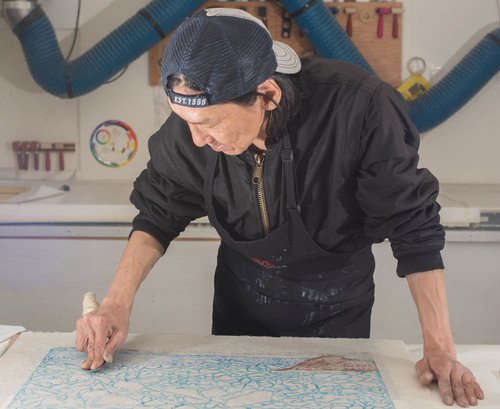 In 2009 Cee gave up sculpture and began work as a stonecut printer. In a very short time Cee demonstrated an aptitude for the precise and methodical qualities required for the time consuming work of editioning prints. He has also been drawing for the past several years, depicting the day to day activities of community life as well as traditional subjects and wildlife.

Cee is the eldest son of the late Napachie Pootoogook and Eegyvadluk Pootoogook, and older brother to the well known Cape Dorset contemporary artist, Annie Pootoogook.