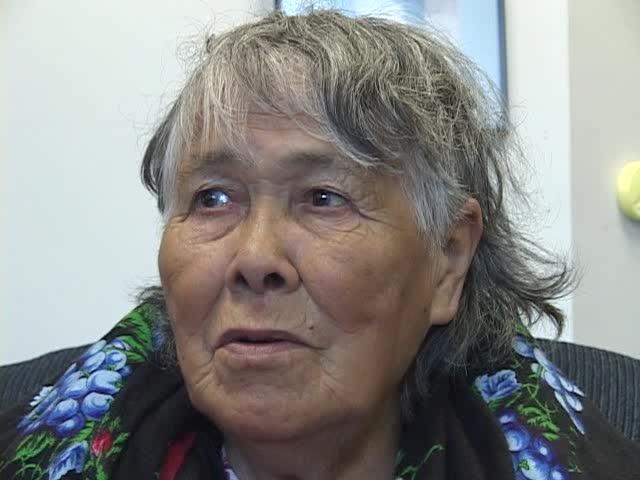 Name:
Evie Anilniliak (1927 -)
Gender:
Female
Style:
Inuit
Region:
Pangnirtung, Nunavut, Canada
Evie Anilniliak was born in 1927 and lived in Sauniqtuuraajuk as a child. She relocated permanently to Pangnirtung with her husband in 1965 so that the children could attend school. Her testimony includes information regarding dog use. She states that the Inuit relied on dogs for transportation and hunting. She owned two dog teams. She states that dog teams were not tied up while they lived in the camps, but once they relocated to Pangnirtung they were tied. Evie recalls one dog mauling occurring at camp, and that dogs often died of diseases. She states that her own dogs were slaughtered in 1965, soon after they relocated to Pangnirtung. She received no notification that the dogs would be shot. Evie testifies that people missed their dogs once they were gone, as the dogs were their only source of transportation. She got used to life without dogs, although she still misses camp life.