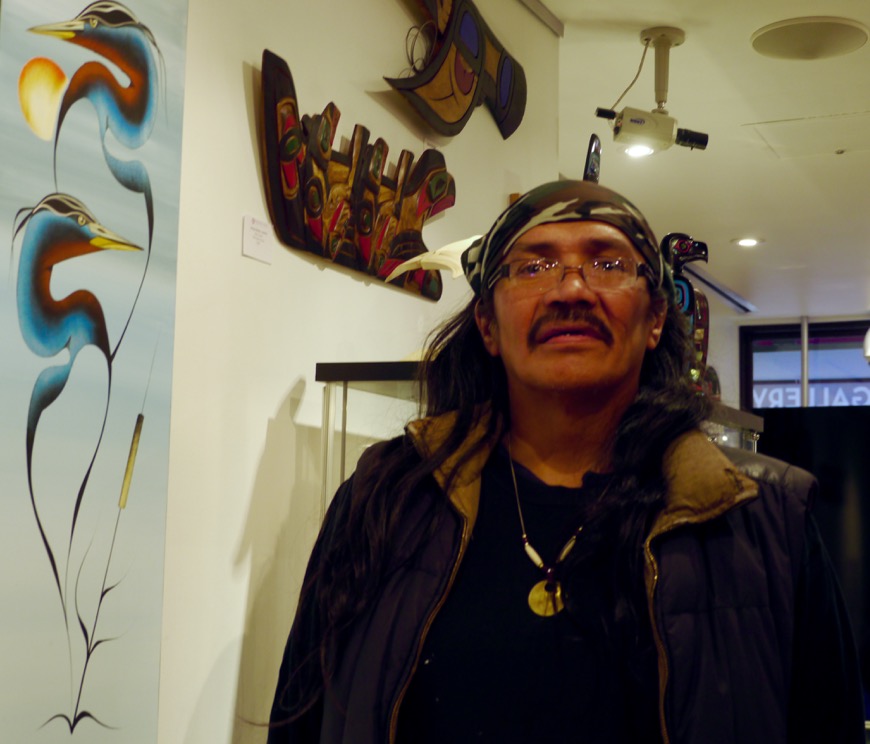 Name:
Garnet Tobacco (1964 -)
Gender:
Male
Style:
Woodland
Region:
Cree Nation
Garnet Tobacco is a Cree artist, originally from Manitoba. He was heavily influenced by his artist mentor, Isaac Bignell. Garnet’s work does appear in galleries but he also sells from the street, which is how he became a part of Indian Art From The Edge. His dramatic, almost dreamlike pieces are created using sponges – the small ones on stick handles used for edging in house or room painting. First he outlines the work, makes a “template,” and then builds up the colours he needs, leaving the white spaces, and then using narrow paint brushes to extend the image in sweeping lines. The style is more akin to other Aboriginal/Indian artists of the east, such as Norval Morrisseau.