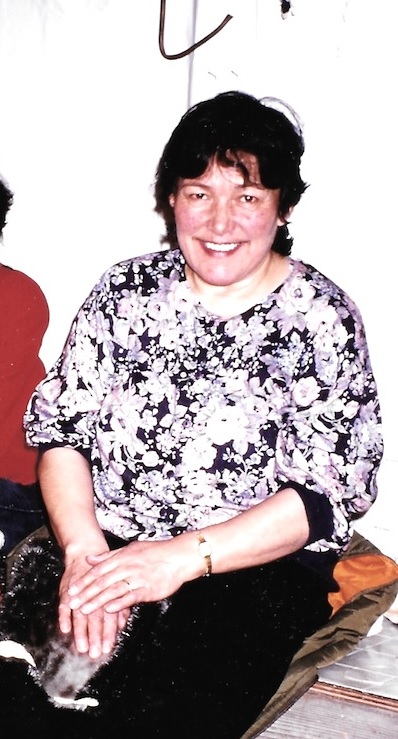 Name:
Ida Karpik (1938 – 2002)
Gender:
Female
Style:
Inuit
Region:
Pangnirtung, Nunavut, Canada
Ida Karpik was born on the land at a camp called Bon Accord in 1938. When she died in Pangnirtung in 2002 she had earned the respect of her own hamlet for her community work and her art. But she was also acknowledged internationally for her unique prints and drawings. Karpik left her mark on both the hamlet and arts community. She began to draw seriously in 1974 and worked for 28 years producing hundreds of original drawings on paper, showing different aspects of traditional Inuit life, birds and animals. Many of her drawings are still held in the archives at the Uqqurmiut Centre for Arts and Crafts in Pangnirtung.

In the early 1960s Ida Karpik and her husband, hunter, carpenter and community worker Joannasie Karpik moved from their camp Iglugaarjuk to the hamlet of Pangnirtung. Like their contemporaries in the Cumberland Sound region they wanted to be near their children who were attending school in Pangnirtung. During this period Inuit were actively engaged in community building in Pangnirtung. Joannasie Karpik served on numerous Boards including the Inuit Co-op, (where he was chairperson for six years) the Local Education Committee, Hamlet Council, Hunters and Trappers Organization, and the Anglican Vestry.

Her sister, Geela Sowdluapik is also a respected artist in Pangnirtung.