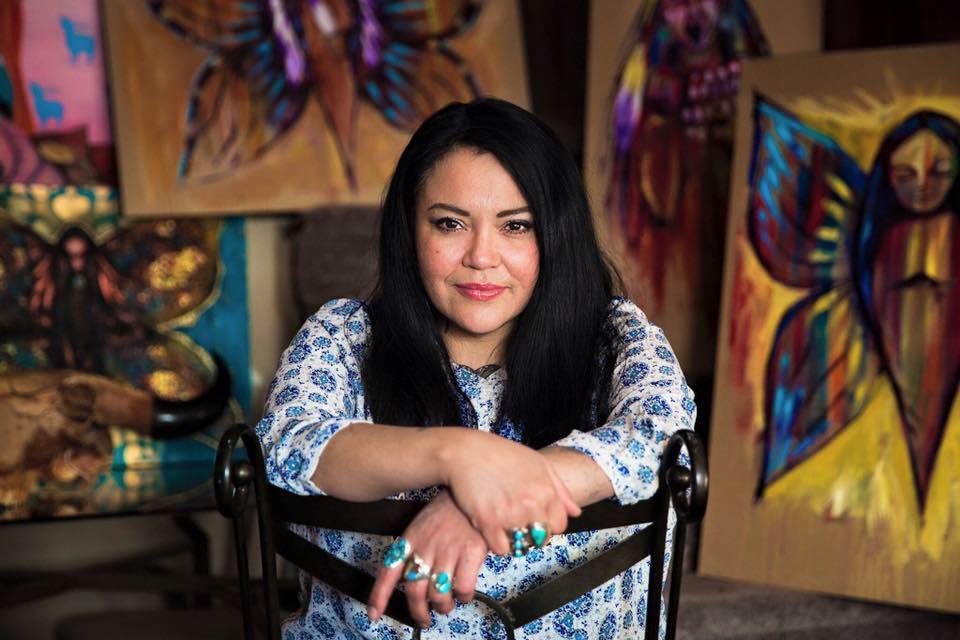 “From the time I was four years old, I knew I wanted to be an artist. I would spend hours drawing.” Says Jackie. “I remember when my dad bought a set of Encyclopedia Britannica they had the nicest white paper in the front and back covers and I drew in them. All my dad saw was that I was creative and he would buy me crayons, markers, paper and coloring books.” Today, as an artist, Jackie does a lot of work in the community. Her work is very women centered. “I can be inspired by ceremony, prayer, as well as kind and moving words. I love the culture of my people and this is where most of my inspiration comes from.”

Jackie Traverse is widely known in art communities across Canada. Her paintings, drawings, documentaries, and sculptures speak to realities of being an Aboriginal woman. She has created stop-motion animation on missing and murdered women in Canada, another on the sixties scoop titled “Two Scoops” and “Empty” a tribute to her estranged mother. Jackie is deeply moved by the injustices faced by First Nations people. 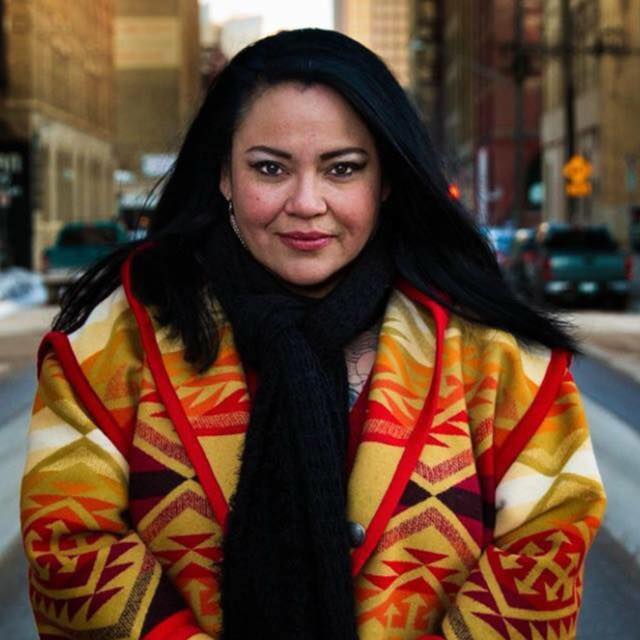 Through her art she expresses her ideas and opinions while striving to inspire dialogue on addressing her people’s social issues. To Jackie painting is truly where her heart lies. Her happiest moments are when she is painting. Jackie was one of 15 Aboriginal artists from across Canada selected by Coca Cola to create an Aboriginal Art Bottle. The goal of the program was to showcase the diversity of Aboriginal art and culture, and to give Aboriginal people from across Canada an opportunity to experience the Olympic Spirit. Her bottle was selected. Jackie’s design was unveiled and featured in Winnipeg during the 2010 Olympic Torch Relay. Later, at the Vancouver games, it was auctioned off to collectors from around the world. The proceeds from the auction went to the Vancouver 2010 Aboriginal Youth Legacy Fund. Stories and symbols help us express complex ideas about who we are, what we value, and how we should behave. They come to us passed down through oral tradition, religious teaching, literature and art. Others we pick up along the way: we recount embarrassing family anecdotes, dreams, and things we saw on TV to help frame our experiences, while everyday landmarks become symbolic signposts in the stories we tell about ourselves.

Like any good storyteller, Winnipeg-based Anishinabe painter Jackie Traverse draws on a wide range of sources in Ever Sick, her exhibition at Neechi Niche. Cherished teachings and time-honoured motifs intersect with my caricatures of contemporary urban life, while events from the artist’s childhood (both real and imagined) become the basis for personal mythology.

Jackie is known at the National and International level as an amazingly gifted artist who is dedicated to giving back to her people in as many capacities as possible.