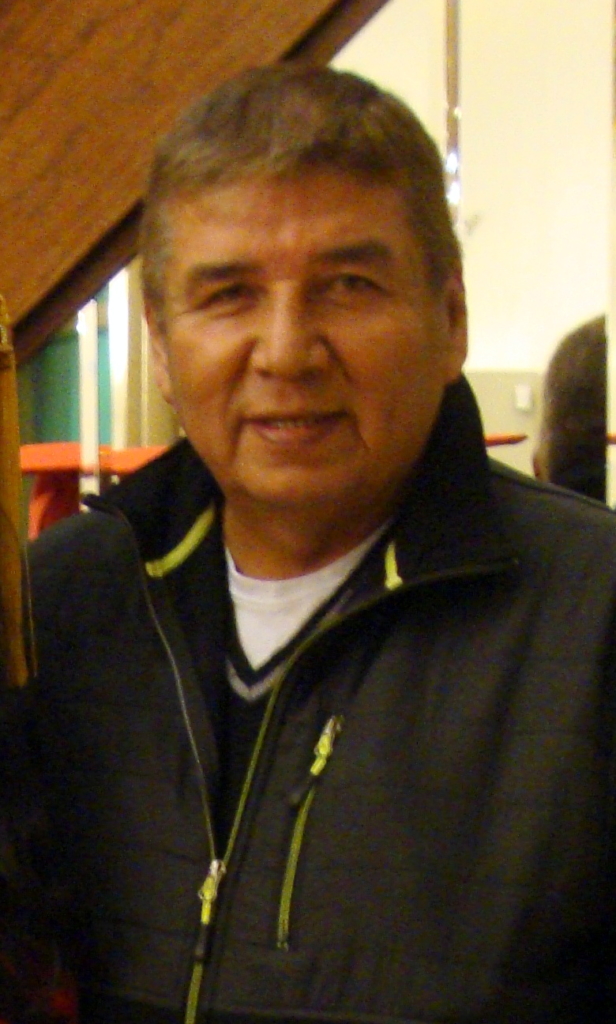 One of Canada’s foremost artists, has created a unique body of art work over the past decades and established a loyal following in North America and Overseas. He was born February 12, 1954 in Wikwemikong. Manitoulin Island and grew up immersed in the legends of the Ojibway people.

As a youth he was known as James Simon, but now he is widely known as Mishibinijima, practitioner of many diverse art styles and media. Over the years he has been awarded many first and best of show awards at international art exhibitions and also develops curriculum materials for First Nation schools and continues to amaze art collectors with detail and intricacy of his canvases.

From the 1970’s to present, Mishibinijima has explored many of the sacred places around Manitoulin Island and originated the sought-after Mishimountain art series, among others. His uplifting philosophy has struck a chord with people who seek solace in the midst of tragedy and meaning in a world that is often confused and frightening. The themes depicted in his paintings have universal appeal and speak to all who yearn for spiritual sustenance. In his own words he underscores the wisdom of interconnectedness to all life and calls upon all nations to preserve our natural surroundings for the benefit of our children. Always, he urges us not to take the Earth for granted.

Mishibinijima takes his role as an artist in society very seriously by courageously examining the difficult questions facing humanity. For example. He meditated on the horrendous atrocities of the 9/11 and Holocaust in order to touch and articulate the ancient truths that have the power to save us all. For those who have yet to discover the metaphysical depths of Anishinabe culture, Mishibinijima offers timeless teachings and universal value to guide the people to New Millennium into a positive future.

“I believe that Woodland art can promote healing and understanding amongst all of mankind. Color, I believe is a power that the creator gave us to communicate traditional values and teachings. Ojibwe culture is alive and well as long as we express it in a good way.”

The symbols within Mishibinijama artwork are ancient. He began painting in 1969, in his homeland of Manitoulin Island, the world`s largest freshwater island located in northern Lake Huron.  His prolific artwork develops a rich series of themes born of a pure Shamanistic perspective and knowledge.  Mishiminijama has illustrated a portfolio of symbols derived from the ancient pictographs found on the natural landscape that conveys sacred teachings distilled over thousands of years.  These symbols communicate the legends of creation, man`s place in creation, the ethics of human behavior, the istory of nomadic migrations, and the sacred poetry of Anishinabe language in graphic form.  He remains true to the meaning of these forms and knowledge of rich Spiritual iconography of the societies known as the Three Fires Confederacy of Manitoulin.  Mishibinijama brings ancient teachings to the modern world and continues the role of the Anishinabec painters.