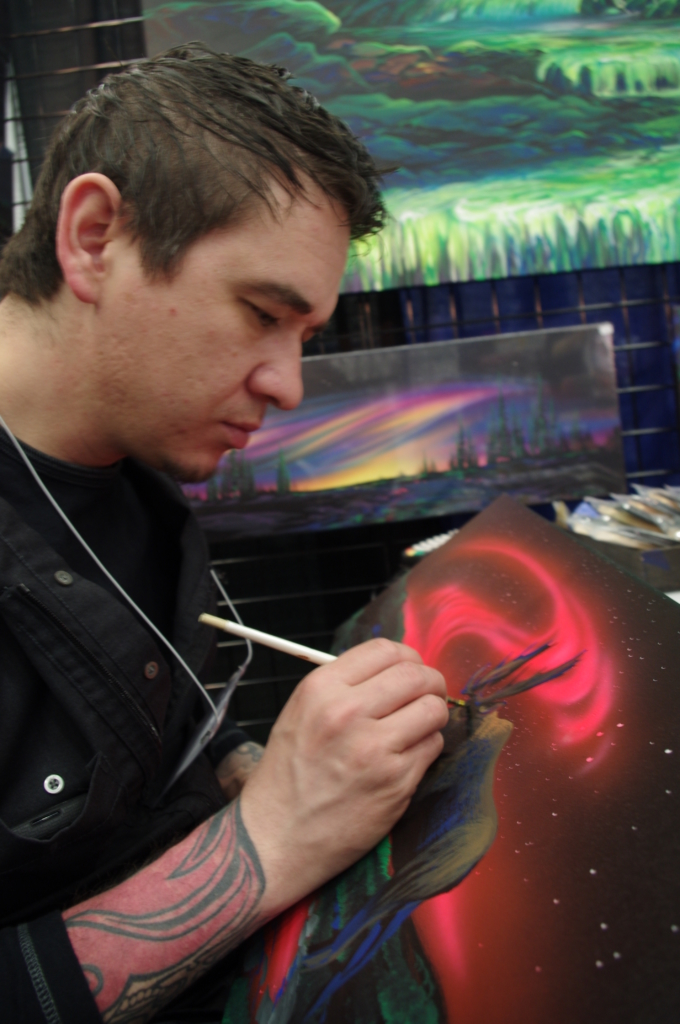 Jasyn’s paintings are done with a combination of both airbrush and hand-painted applications. He encourages the use of both traditional and contemporary practices in his paintings. He also applies this to everyday living as well, preserving tradition while exploring technologies and new ideas.

“My paintings are visions- I sometimes think it comes from my imagination, then realize it may be from someplace more deeper, more divine, when the viewer says ‘ I have been here before.’

“Images and experiences with wilderness, brings a natural energy, a calmness to our wild lifestyles, I aim to have every painting to be that outlet, to be a breath of fresh air”

Jasyn has won numerous awards, including a National Aboriginal Achievement Award in visual arts. He is very active with shows across the country, an active role model in his community of Thompson Manitoba, has an extensive online portfolio, and continues to work out of his studio in Thompson.