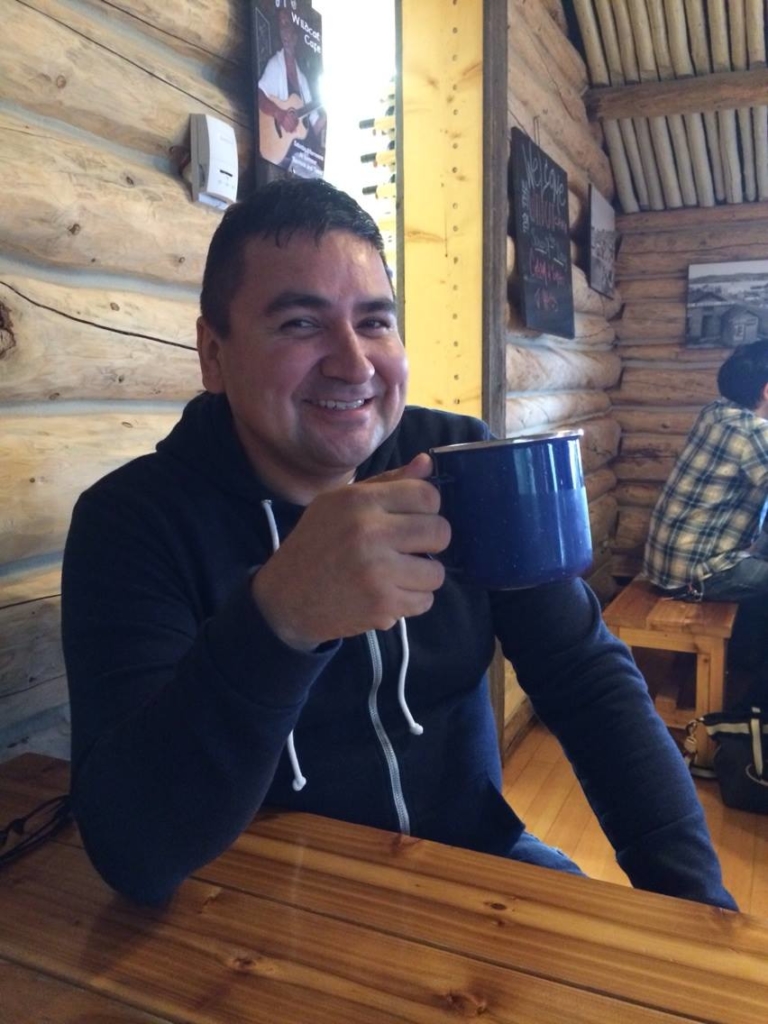 Name:
John Rombough (1972 – )
Gender:
Male
Style:
Chipewyan Dene
Region:
Northern Ontario, Canada
Chipewyan Dene artist John Rombough is nationally recognized for his works. John grew up in Prince Edward Island with adoptive parents Carol and Lyall Rombough, where an early interest in drawing and painting was nurtured in an artistic environment. As a young adult, Rombough began searching for his birth parents and soon found his biological father, Alfred Catholique, living in the small community of LutselK’e on the eastern shore of Great Slave Lake in the Northwest Territories. Warmly welcomed by the Catholique family, John moved to LutselK’e in order to rediscover his cultural identity.

John’s painting style reflects the harmony of the Dene people, their way of life and the natural world. His distinctive modern aboriginal designs encompass his personal visions and strong connections with his rediscovered roots. Rombough feels that new cultural discoveries continue to provide him with inspiration and an inexhaustible reservoir of ideas to put on canvas. He has been featured in many shows and exhibitions across Canada, including the 2010 Olympic Games, and aspires to inspire other up-and-coming aboriginal artists through creative workshops. A professional artist for over a decade, Rombough’s paintings adorn the walls of corporations, governments, and art patrons all over the world.