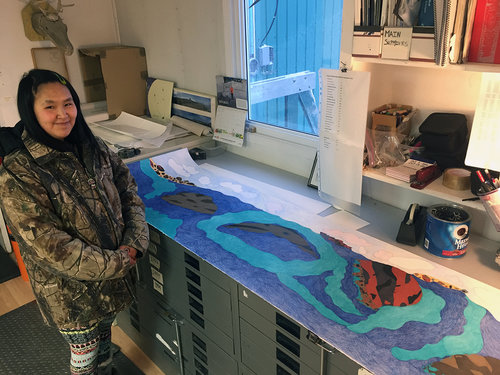 Name:
Ooloosie Saila (1991 – )
Gender:
Female
Style:
Inuit
Region:
Cape Dorset, Nunavut Territory, Canada
As a child, Ooloosie was inspired to draw through occasional visits to the home of Kenojuak Ashevak.  At age 14 she won first prize at her high school drawing contest. She began selling her drawings to the Co-op in 2015 and continues to explore many divers themes and ideas in her work.