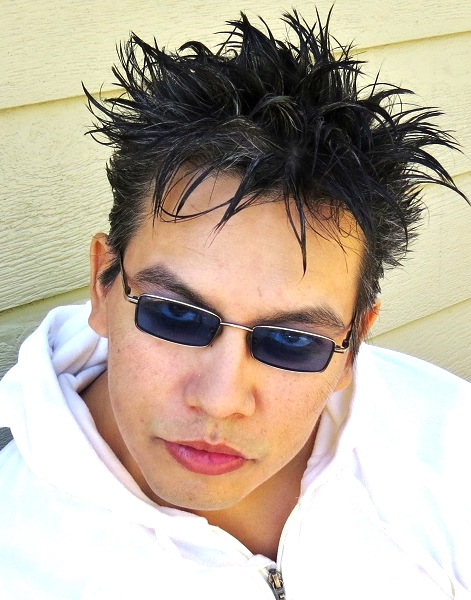 Name:
Riel Benn
Gender:
Male
Style:
Woodland
Region:
Birdtail Sioux First Nation, Canada
Riel Benn is an award winning artist from the Birdtail Sioux First Nation located in Southwestern Manitoba. He started painting at the age of 16 but it didn`t take long for his career to take off. In 1998 at the age of eighteen he held his first solo exhibit at Brandon University`s Voice of the drum, an international conference on aboriginal education. Since then he has gone onto to show his work at many galleries and universities across the country.

He was the winner of the National YTV Achievement Award in 1999 and Manitoba`s Aboriginal Youth Achievement award for visual art in 2001. In 2005 he was the youngest artist to appear in the group show entitled “About Face” in Santa Fe, New Mexico, Which included 47 Artists from across Canada and the United States. He has appeared in Saturday Night magazine and Say magazine as well as many other art publications. He has done workshops at local schools and has also spoken at big events such as The National Aboriginal Achievement Foundation`s “Blueprint for the Future” in Winnipeg, Manitoba and the “New Sun Conference” at Carleton University in Ottawa. He has also been featured on number of television shows such as “The Seventh Generation”, “The Sharing Circle”, CTV, CBC, YTV, and “The Indigenous Circle” to name a few.

His most famous works are “The Magazine Series” and his ongoing series entitled “The Best Man” which was shown in Brandon, Manitoba in 2004, and Saskatoon, Saskatchewan in 2006. He has also participated in a group project with eight other artists from Manitoba, in which the artists created sculptors and paintings. This project was showcased at the 2010 Vancouver Winter Olympics. His most recent and forthcoming project is his Classic Rock series, which has been in the works the past 3 years. The Project features classic rock songs and bands portraying native ideas, traditions and experiences. To date Riel has created over 1000 pieces of artwork and has sold to corporations, universities and private collectors around the world. His works hang far away as Ireland, Italy, New Zealand and Australia.

From his home studio on the Birdtail Sioux First Nation, Riel continues to work at what he does best, expressing his life, dreams, ideas, passions and joys on canvases that have become his playground.