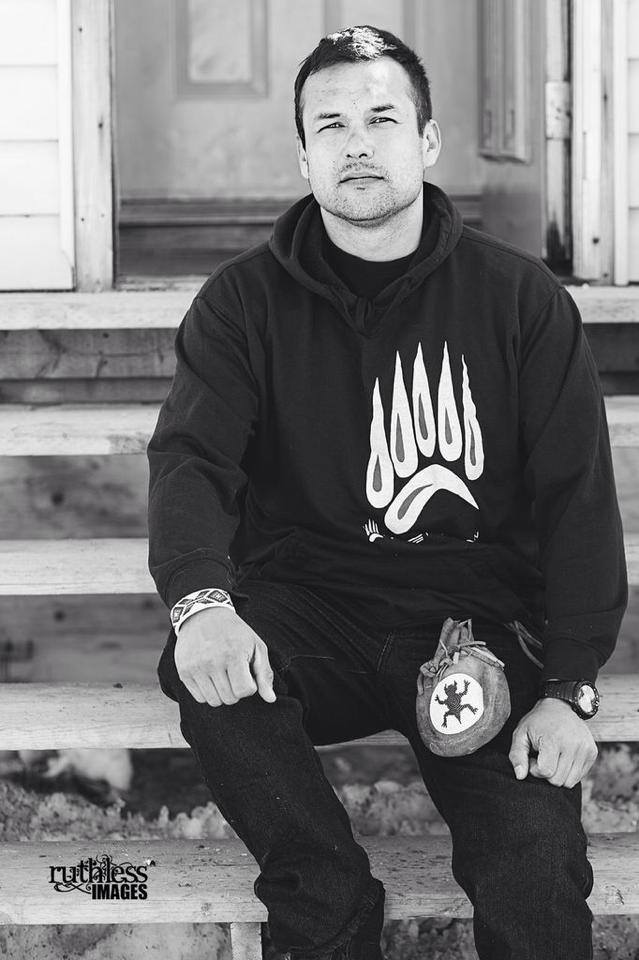 The establishment of his cultural identity started at an early age, as his mother became actively involved in the revival of aboriginal activism, culture, and spirituality that was taking place within the Aboriginal community. Time outside of school was spent travelling throughout Ontario to attend Elders’ Conferences, ceremony, and other cultural events. Here he learned the concepts, practices and spirituality of his People.

Shaun moved to Toronto in 2009. He has struggled to pursue the Ojibway ideal while living in an urban and modern environment. This change forced him to seek alternative meaningful cultural activities and he began to express himself through painting. Shaun’s style of painting developed from his experiences and knowledge of pictographs, birch bark scrolls, beadwork, and other traditional iconography.

Shaun credits Elders like Arthur Solomon as having influenced the development of his character and imparting knowledge he would later reflect in his paintings. Creatively, Shaun has also been inspired by the paintings of his grandmother Margaret Hedican and her experiences with Norval Morrisseau.