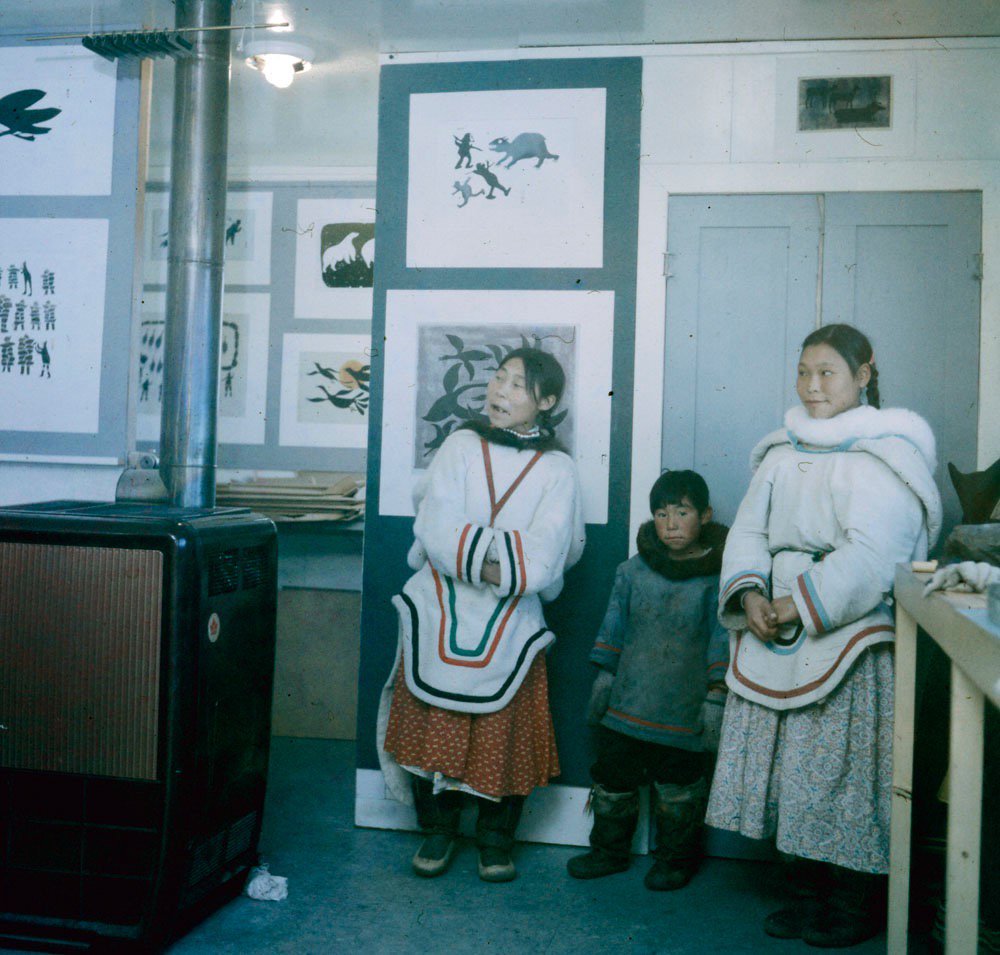 Name:
Sheouak Petaulassie (1918 – 1961)
Gender:
Female
Style:
Inuit
Region:
Cape Dorset, Nunavut Territory, Canada
Sheouak Petaulassie (also known as Sheouak, Sheowa Sheouak, Sheowak Sheouak, Sheoak Sheouak) was involved with the graphic art production at the West Baffin Eskimo Co-operative. She was one of the first Inuit to incorporate Southern material culture into her drawings in pieces like “The Pot Spirits” (1960). Sheouak was poised to become one of the best known Inuit artists, but she died in her thirties and her work was only included in the 1960 and 1961 Cape Dorset Print Collections. Prints made from her drawings can be found at the National Gallery of Canada, the Canadian Museum of Civilization, Calgary’s Glenbow Museum and the Art Gallery of Windsor among others.