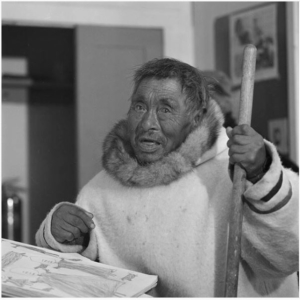 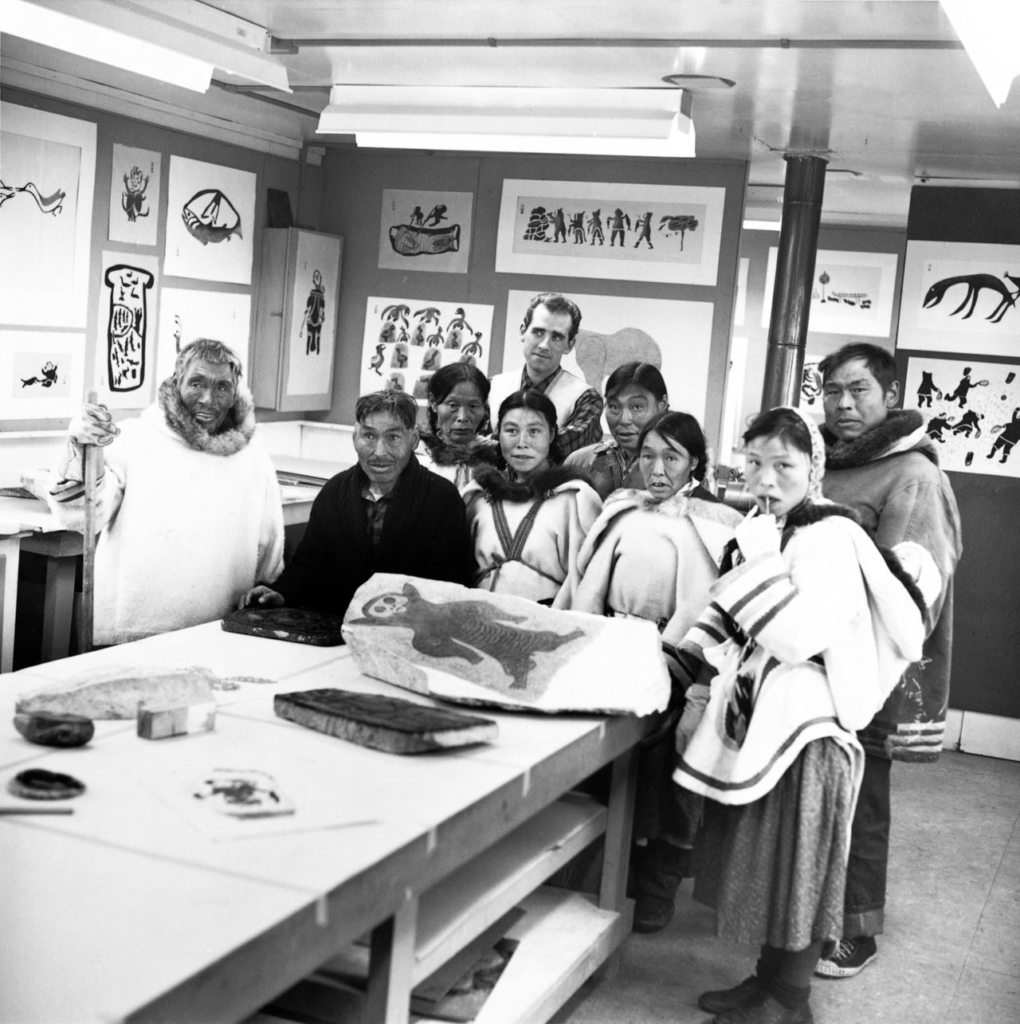 Parr (leftmost) with Kiakshuk, Kenojuak Ashevak, Lucy Qinnuayuak and other artists at the print studio in Cape Dorset, 1961

Parr was born in 1893 in a remote campsite in the area of Kinngait on the southern coast of Qikiqtaaluk [Baffin Island], Nunavut. Parr is a highly important artist from twentieth century Inuit art history. His drawings visualize an important period of transition from semi-nomadic life to relocation in settlements, such as Kinngait (Cape Dorset). A hunter for most of his life, he settled in Kinngait with his wife Eleeshuse in his later years due to an accident that prevented him from continuing to hunt. Parr was introduced to drawing and printmaking at the WBEC studios by Terry Ryan. Parr was 68 years old at the time where he began to create his energetic yet minimal works.  His drawings are regarded as a record for future generations of the traditional hunting and nomadic lifestyle of the Inuit.

The drawn lines Parr used in his images were “strong” with humans and animals shown with minimal detail with only their “essential features” drawn. His style has drawn comparisons to “prehistoric Dorset art or pictographs.  Unlike other Inuit artists of his community Parr rarely drew his images from legends or from shamanic lore. Parr, instead, favoured depictions of the hunt, based on his early life, which included both hunters and animals. Christine Lalonde observed that Parr’s early work was “remarkable for their lack of hesitation and directness of thought and expression.”

Artist Werner Zimmerman reviewed an exhibition of Parr’s work at The Art Gallery, Mount Saint Vincent University in 1989. He described Parr’s work as having an “inner music” created by the rhythm of the hunt and the northern landscape’s natural patterns. Zimmerman viewed Parr’s work as an “impressionistic record” that had “spontaneity and immediacy.”

While Parr’s work was unappreciated during his lifetime and often considered crude and childish, has now been the subject of many major exhibitions after his death.